IMPROVING THE PRODUCTION OF URBAN FARMS

Ronald Kent Jr of GWES gave a presentation on “Improving the Production of Urban Farms” at the Cities Alive 2022 Green Roof & Wall Conference! In Ronnie’s own words from his research track manuscript (the link to which is listed below), here is an overview of what the study is about:

“Urban farms present an opportunity for cities and municipalities to feed their residents while at the same time reducing emissions and environmental impacts from farming, transporting produce, and processing produce for commercial usage. However, one major setback for urban farms, primarily when operating on a rooftop, is the lack of space for farming. According to NPR (2016), “nearly 60% of all urban farms are less than 5 acres.” Thus, while the benefit of growing food closer to home is apparent, most cities and municipalities opt not to invest in creating and operating urban farms due to the initial cost and capacity limits. This study attempts to increase the production of urban farms, whether on rooftops or on the ground, using the same amount of space or less compared to traditional ground-level farming. The methods of farming were analyzed over a few months. The results show that various forms of farming, such as vertical and terrace farming, can help increase production, food variety, and land efficiency and reduce water consumption. These results highlight that by implementing these methods, urban farms can be more profitable and thus more likely to be incorporated into city and zoning planning.”

The different types of urban farming methods used in the study include Traditional Farming, Tier Farming, Terrace Farming, and Vertical Farming. Scroll through the images and read Ronnie’s study to get more information on the outcome of each method! 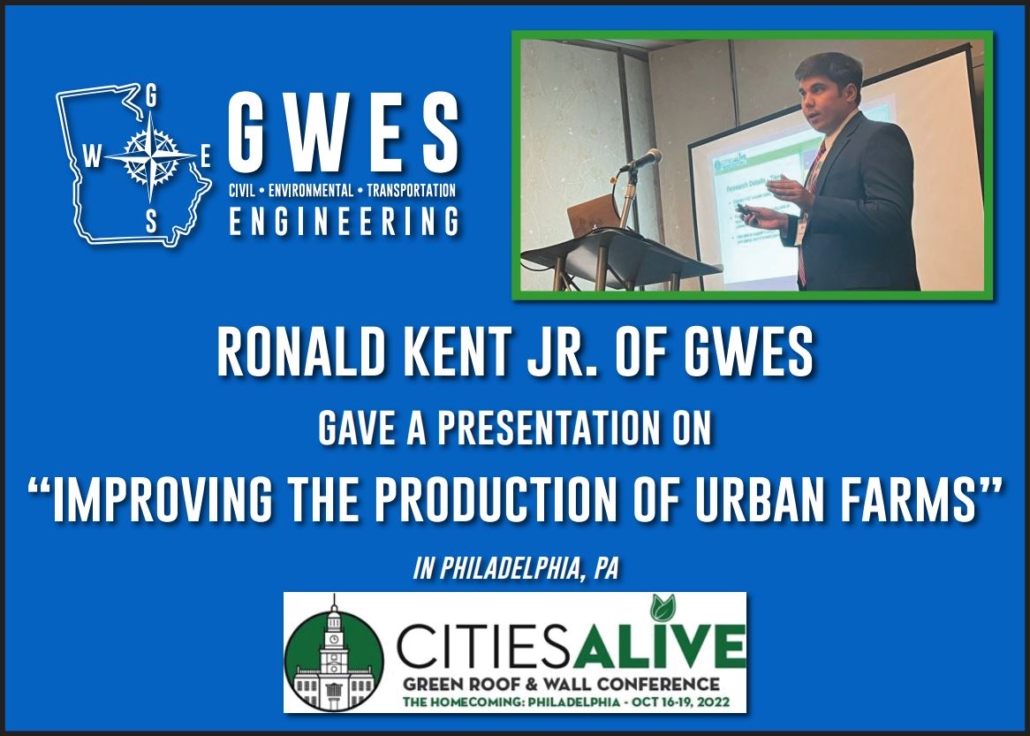 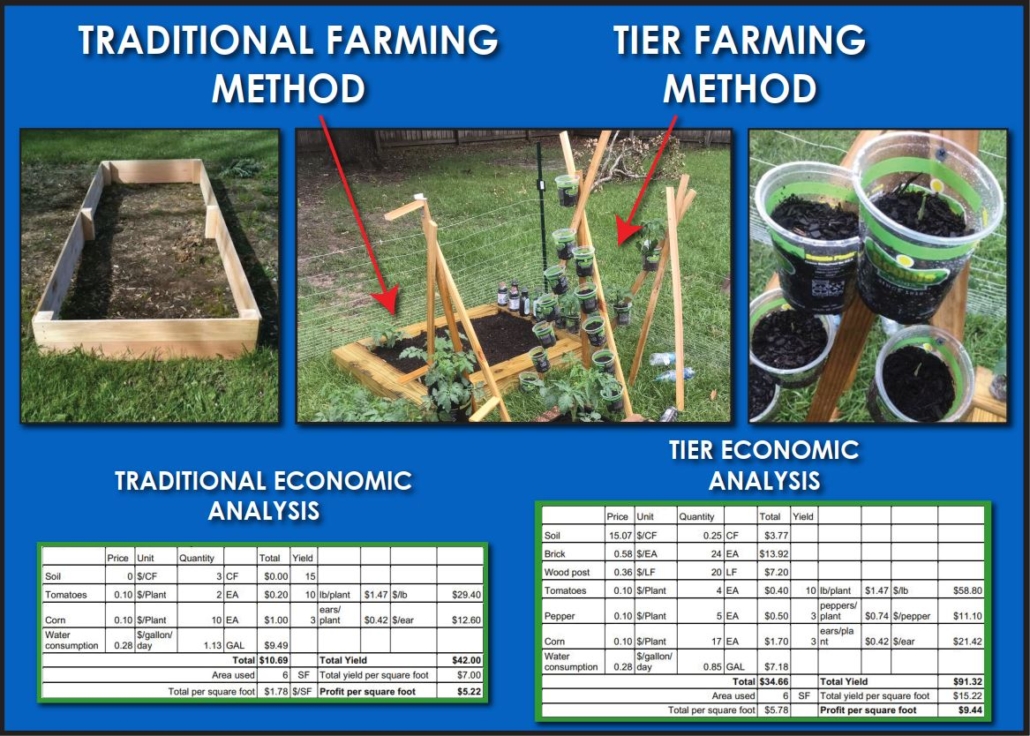 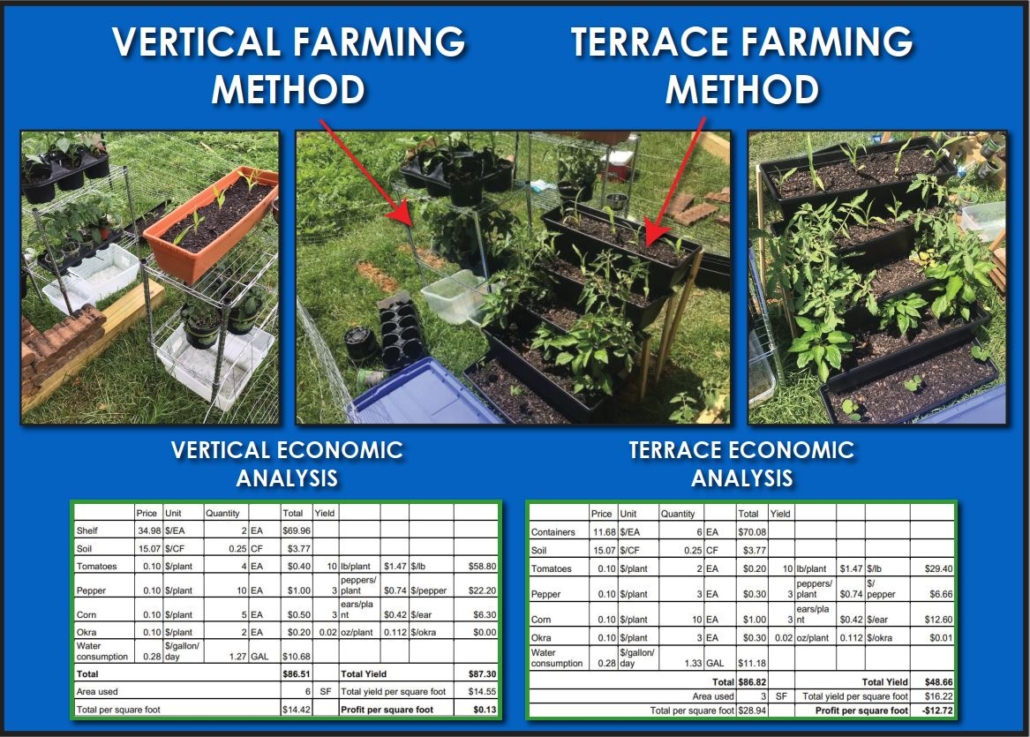 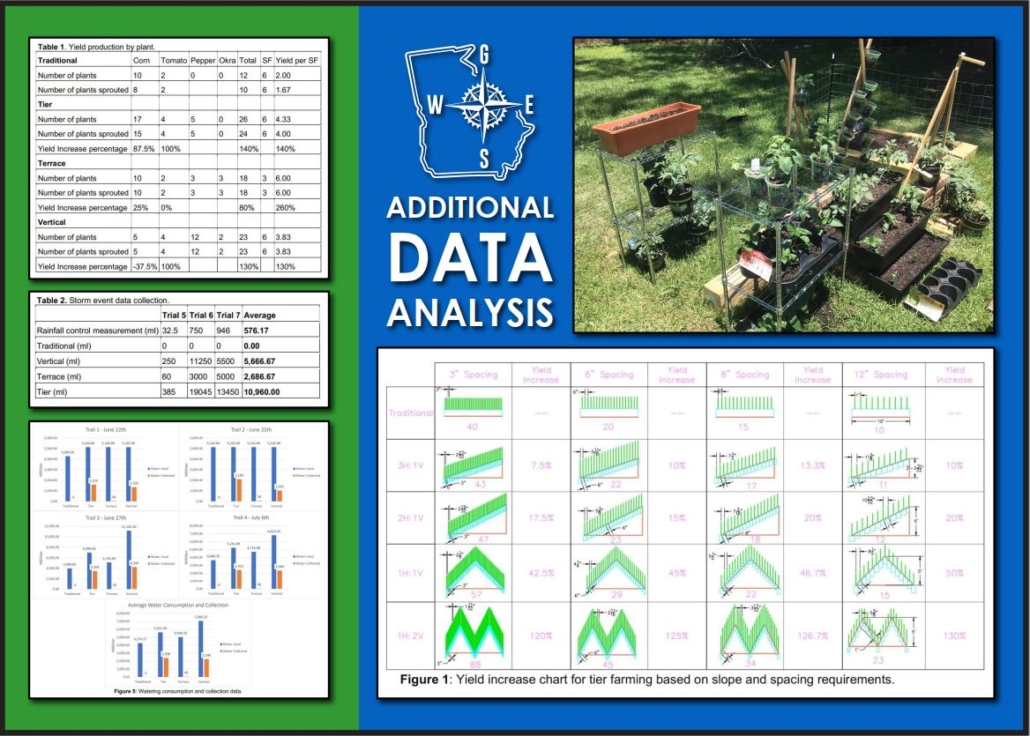